EcoSpeed are committed to being a greener courier solution, and part of that commitment was supporting the Lancashire Wildlife Trust.

We have been long time supporters of the Lancashire Wildlife Trust, taking advantage of their carbon capture scheme to offset the emissions created by our vehicles. A happy side effect of this is the reclaimed land providing a natural habitat for some of the UK’s rarest and most spectacular creatures both great and small.

To help celebrate the excellent work carried out by the charity, we wanted to take a look at some of these species and spotlight the diversity that can be found in the North West’s wildlife.

Changes with the seasons

The migratory nature of some animals and hibernation patterns of others means that the observable ecosystem is in a constant state of flux, which makes wildlife spotting a different adventure throughout the year.

In the coldest parts of the year we have to turn our attention to the skies, as many ground based species are hunkered down for Christmas. One of the most spectacular appearances over the North West are the huge starling murmurations.

Swelled by the arrival of eastern European birds these packs easily reach thousands in numbers and all fly in sync, performing breathtaking aerobatics in a swirling black cloud of wings and feathers.

While the exact reasoning behind the murmurations isn’t known it is widely assumed that the formations are defensive, preventing any predator from being able to “lock on” to any single starling and providing a huge daunting mass of bodies that could prove dangerous to any lone bird of prey should they enter it.

The North West is a well known bastion of the short eared owl, but in the winter months visitors from the far northern reaches of Russia and Scandinavia bolster their numbers and make them far easier to catch a glimpse of.

While obviously your best chance of spotting one of the amber eyed predators is while they are in flight, during the winter months there is a higher likelihood of discovering one on the ground thanks to their greater numbers, and tendency to nest in lower ground.

The short eared owl also makes itself a little easier to spot by being prone to hunting in the day, as opposed to exclusively at night. Should you happen to see one soaring above you it’s worth hanging around to watch as you may be treated to a masterclass in dive-bombing voles.

These avian creatures are listed as a European conservation concern, and as such any efforts to protect their homes and hunting grounds are well worth the effort.

As the sun begins to rise a little earlier, so do the four legged fur clad mammals so familiar to our local landscapes.

One of our personal favourite appearances is the boxing hare, the UK’s fastest native mammal. Often wrongly accused of simply being a “large rabbit”, they are as much like the domestic pet as you are Usain Bolt, often reaching speeds of up to 45mph over land! Their speed is not their only party trick though, and in “mad March” it is not uncommon to see two of them having a dust up.

Spring is their usual mating season and as such there are lots of males out trying to find themselves a suitable female. The spectacle of two boxing hares appears when the two meet. If a male is coming on a little strong, pursuing a female for too long at high speed she will lose her temper and make it apparent. Turning from a sprint the female will instead voice her displeasure by showing a display of fisticuffs that would make Mike Tyson blush, and gives wildlife enthusiasts an exciting show.

Despite their impressive display of athleticism hares can be quite hard to spot, as their large ears make it easy for them to detect predators. You will most likely see them out and about at dawn and dusk, and normally near some kind of cover like woodlines and hedgerows. For the best chance at seeing them, park up near known hare territory and observe from your car with binoculars. This causes the least disturbance to the animals, and keeps you comfy! 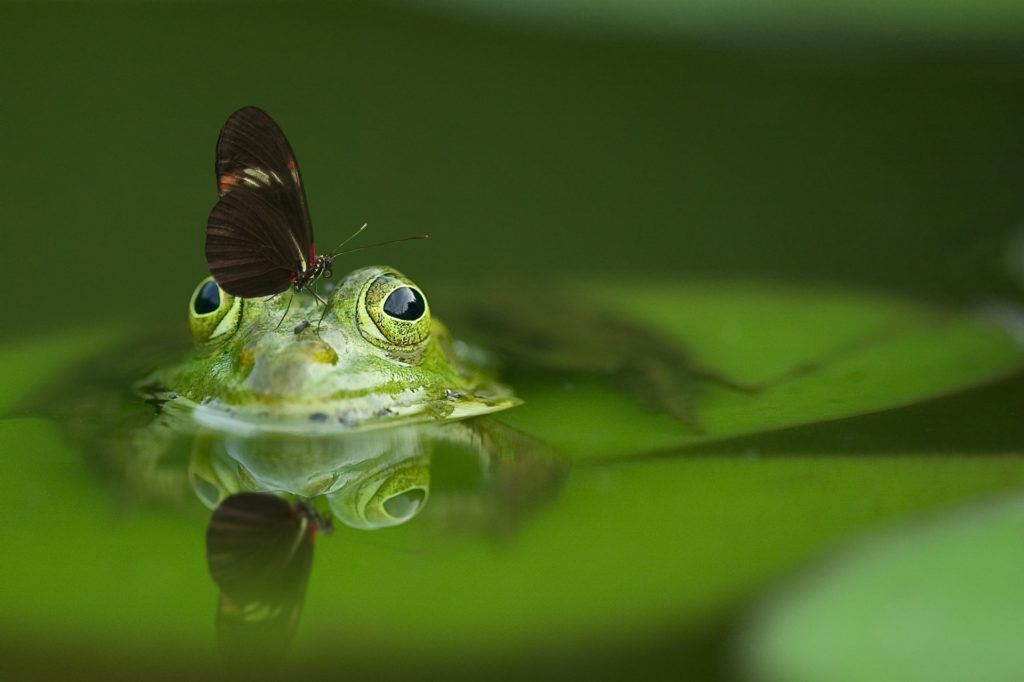 While somewhat less impressive than their fast paced mammal counterparts, the frogs and lizards of the North West also put on a show in spring.

If you live near a static body of water like a pond or pool, then it may be time to start looking in from time to time to check on the year’s haul of our most common amphibian, and see them developing from clusters of frogspawn into pubescent tadpoles and finally into the croaking glory of a fully fledged frog.

There are many species of frog out there meaning that for the casual viewer they might get to see a whole variety without realising, but for the enthusiast the spring is a time of excitement as they get to see all their favourite varieties hop, skip and fling their way into the world. 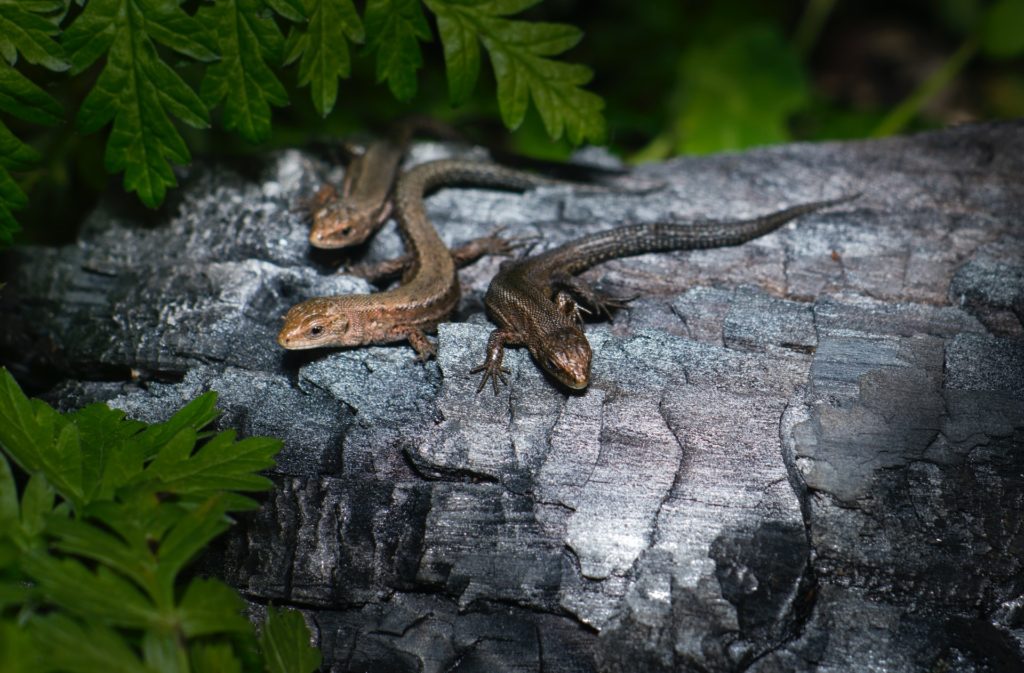 While the frogs are flinging themselves about in their characteristic way, you might also get to see some of the UK’s lizard population scuttling out into the warmth. After their hibernation for the winter the common lizard has a lot of warming up to do, and so they can often be seen lazing about on rocks and logs, absorbing the sun’s energy and beginning to mate.

Frogs and lizards may not be the most exciting creatures in and of themselves, but they fill an all important role in the ecosystem (and food chain) that keeps our North Western wilds rich and diverse.

With the spring breeding seasons complete many of the more spectacular wild mammal affairs will have come to an end, meaning it’s time for them to graze and raise their young in relative peace. This is not the case for many other species.

Those of us who enjoyed seeing the birth of an army of frogs should keep an eye out for the march of the toads. Whereas frogs need to stay either in or near water, toads can venture far further afield thanks to their dry waterproof skin.

Across the North West in places like Lancashire, Manchester and Liverpool it is not uncommon to see fields alive with movement as hordes of toads make their way out from their birthing pools. Preferring to crawl rather than take the flying leaps of their froggy cousins, toads can be a little harder to spot, but en masse they can give the impression that the ground is moving!

This affinity for the ground is part of the reason that preserving the grass and peatlands that they call home is so important, as they wouldn’t survive well if forced to venture out onto a concrete landscape, both for fear of predators and of simply being stepped on.

Returning once more to the skies summer brings in enormous numbers of birds jostling for position and providing the familiar sounds and songs of summer. One of these that is the most in danger is the Skylark, whose numbers have plummeted since changes to farming practices removed both their preferred habitat and food supply.

These attractive birds are instantly recognisable by their tiara of feathers and distinct song, you will definitely hear them before you see them! Unfortunately you may not be able to see them for much longer, as since the 1990’s their population has halved, and is still declining at an alarming rate. As such they have been given a red conservation warning, and are one of the species the Wildlife trusts and RSPB are scrambling to save.

Staying airborne for our next creatures we come across the ones that will be the most difficult to see not because they’re good at hiding, but because they only come out at night. Many people are afraid of bats thanks to their spooky stories in popular culture, but they are in fact some of the most shy and interesting mammals in the country.

Here in the North West we’re lucky to have several sites to spot the night flyers at work, one of the most picturesque being the Brockholes reserve in Wigan. As Daubenton’s bats do most of their hunting over water, the floating village provides an excellent space from which to observe the hunters skimming over the water as they chase down midges and small flies. 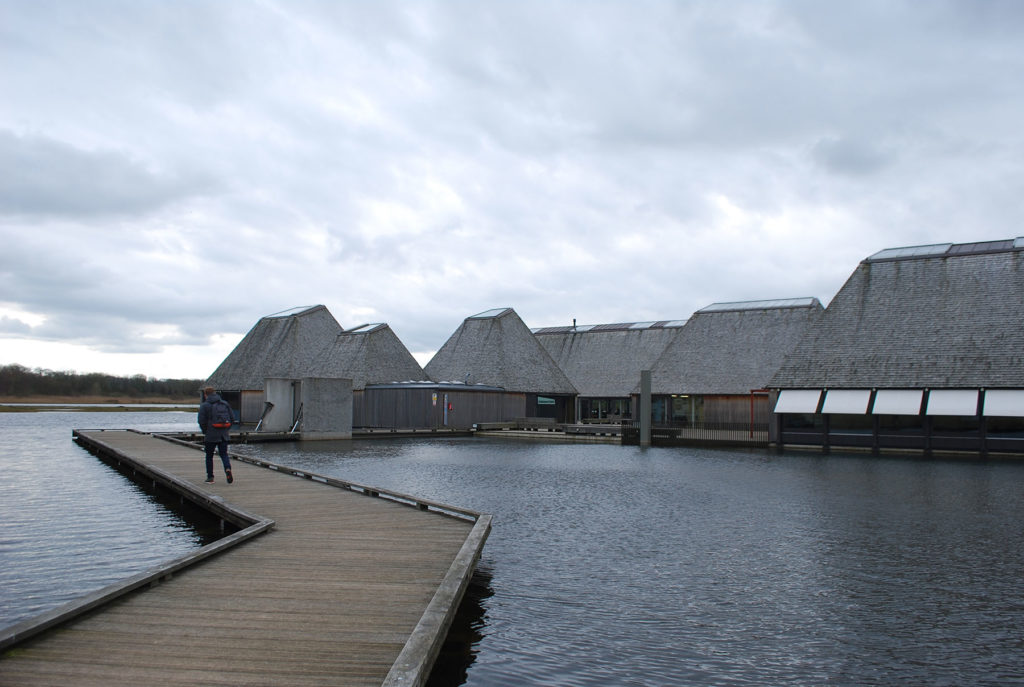 The display of aerobatics on show as they hunt makes for excellent viewing in the twilight and on a bright clear night, with the bats’ black bodies contrasting in the moon’s reflections on the water.

As we come to the final season in our guide we are left with relatively slim pickings as many of the North West’s creatures begin to hunker back down for winter after an energetic spring and summer. There is one species worth looking for though, whose habitats we must protect at all costs less they face extinction. 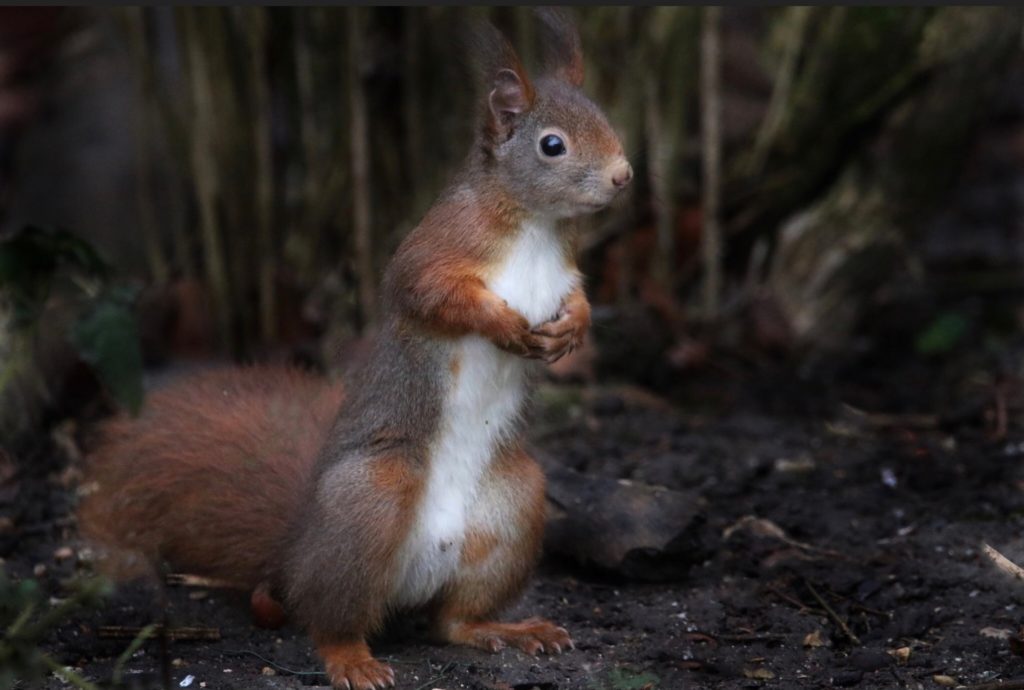 The feud between red and grey squirrels rivals that of the Montegues and Capulets, minus the forbidden romance, and is well documented. In the last 150 years the UK’s Red Squirrel population has nosedived from 3.5 million to just 140,000, a decline of 96%, leaving the species on a knife edge of disappearing forever.

Because of this decline, they are now harder than ever to catch a glimpse of, but when you do it is infinitely rewarding. The sad fact is that many people will go their entire lives without seeing one in the wild.

The cause of this decline is due to the introduction of American grey squirrels 150 years ago, who can live more densely, eat a wider variety of food and are larger than their British red counterparts. It is believed that red squirrels will be extinct in the UK within 15 years, so now is the time to get out and see them. The island of Anglesey is a well known red squirrel haven, but they can also be seen around Liverpool and Ormskirk.

How can you help to protect these species?

One of the simplest ways to help protect these wonderful species is to donate directly to the Wildlife Trusts, but what other avenues are there in your day to day lives that can help out?

For businesses, using services that are committed to a greener future is one of the best ways to help the world around you, and this is where we come in. EcoSpeed same day couriers are an environmentally friendly same day courier service based in Manchester. Our long standing partnership with the Lancashire Wildlife Trust has enabled us to donate over £100,000 of our profits to help conserve and restore natural peatlands.

Not only do we offer the reassurance that we’re trying to make an environmental difference, but we also guarantee the service you expect from a same day courier. From the moment your consignment is booked, we will arrange pickup within 60 minutes anywhere, any time in the UK, and get your parcel or cargo to its destination within the same 24 hour period.

Book your consignment today and make a positive change for your business and the environment around it. Get in touch here.