Wildlife you might not expect to spot in the North West

While we currently can’t go and enjoy the beautiful wildlife and nature on offer in the North West, there’s plenty to look forward to once the lockdown is eventually lifted. Once again, we’ll be able to explore our most stunning beauty spots, and try to find all manner of interesting plants and animals, including some of our own local rarities.

Whilst you always have an idea of the sort of animal you might see across the North West’s great nature reserves, there’s always a chance you might find some creatures that you wouldn’t expect to see in the region – or often the UK at all.

Here are some animals you might be surprised to spot in the wild of the North West.

The parakeet is a species of parrot that is indigenous to Australia, and also found in the wild in other warmer countries around the world – as such, you wouldn’t expect to find them in the ever-changing, often cold climate of the UK.

Bizarrely, there are plenty of bright green parakeets living in the wild across the UK, with some areas of the North West being particularly well known when it comes to sightings. South Manchester, particularly Didsbury and Chorlton, are some of the most common places to spot the bright green birds, but how did they end up making the UK their home? 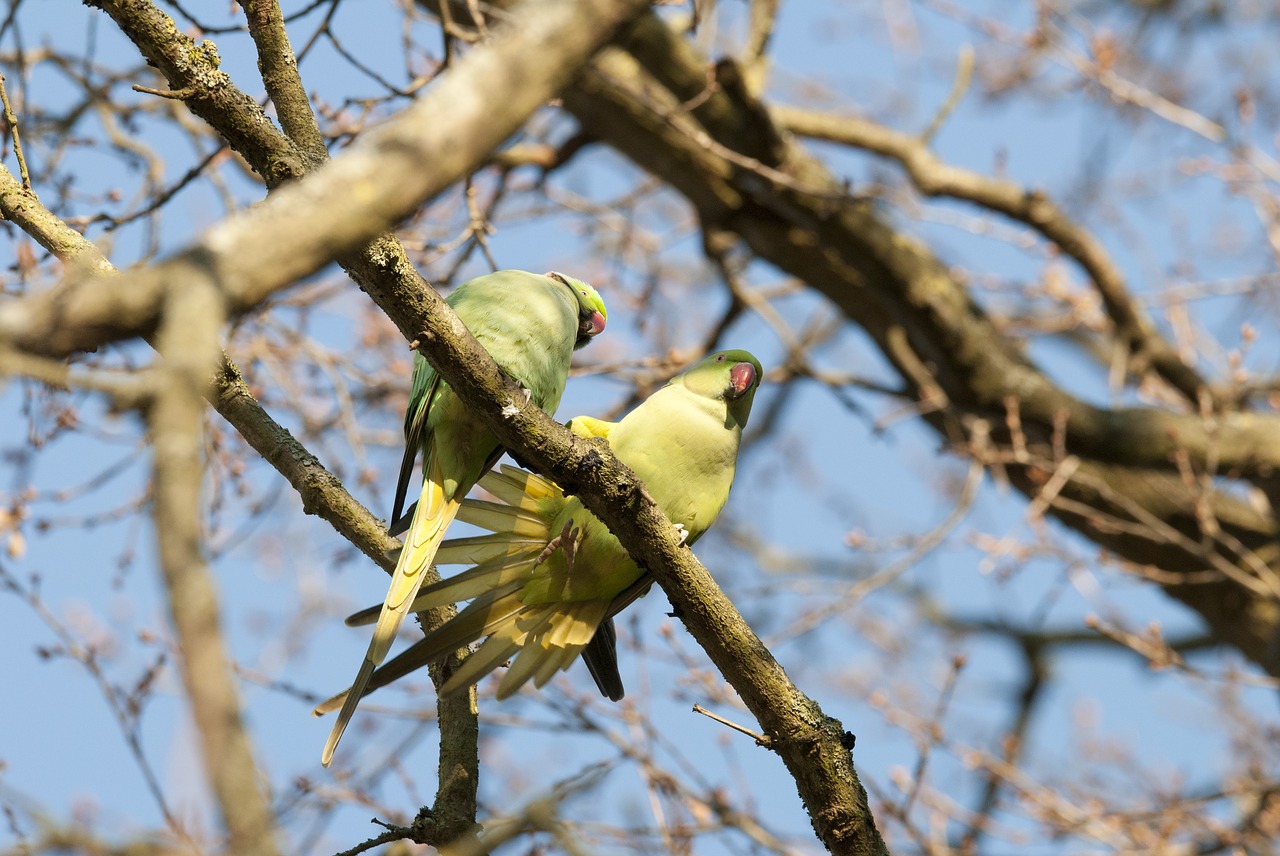 There are many different stories that have been presented as theories for the UK domestication of parakeets, with the most common being based around them escaping from captivity. The most commonly accepted theory is that they were intentionally released, or escaped from being kept as pets, or as a part of zoos and/or private collections.

Other presented theories include Jimi Hendrix releasing a pair of parakeets in London in the 1960s, or some of the creatures getting out when 1951 Humphrey Bogart and Katharine Hepburn movie ‘The African Queen’ was filmed at Shepperton Studios in Surrey.

No matter which is correct, you’re most likely to spot parakeets in locations such as Reddish Vale or Chorlton Water Park according to the Manchester Evening News.

‘The Wallabies’ is the nickname of Australia’s national rugby union side, thanks to the wallaby being of the country’s most well-known animals. Wallabies can also be found on the island of New Guinea, and have also started populations in New Zealand.

Bizarrely, wallabies could also be found roaming wild in the Peak District, and even though this sounds like your typical urban legend that you’d feel foolish for believing, it is entirely truthful.

An area of the Peak District, known as The Roaches, was where you could find wallabies hopping around for more than 70 years, but how did they get there? 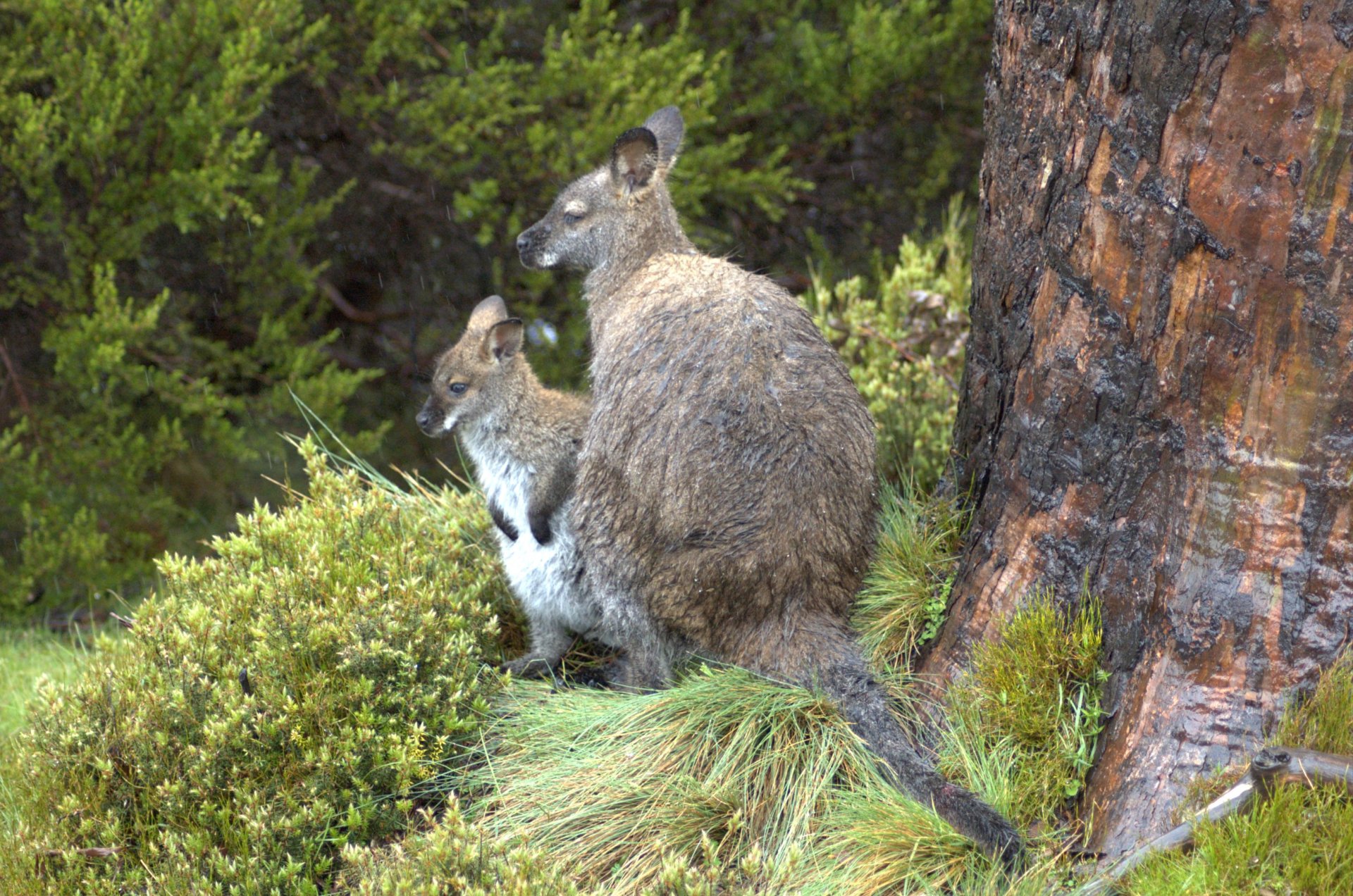 The tale goes back to the early 20th century, when a private zoo was kept on land in the area – the full details of the story seem sketchy at best, but it seems that during World War II, the zoo’s population of wallabies either escaped, or were released into the surrounding wilderness.

Originally, only five wallabies made The Roaches their home, but the population steadily grew in the wild with more than 50 of them at their peak. While a lot of them sadly died during a difficult winter in 1963, a small number continued to live in the Peak District, with wallabies being regularly spotted for several decades afterwards.

The last proper, verified sighting of one of the wallabies on The Roaches happened in 2009, and it’s now thought that they’ve become extinct in the area – while this is extremely likely, it’s not 100% confirmed, so there’s still a very small chance you might be able to find one.

There are three species of lizard that are native to the UK, all of which you can find at various beauty spots and nature reserves throughout the North West. 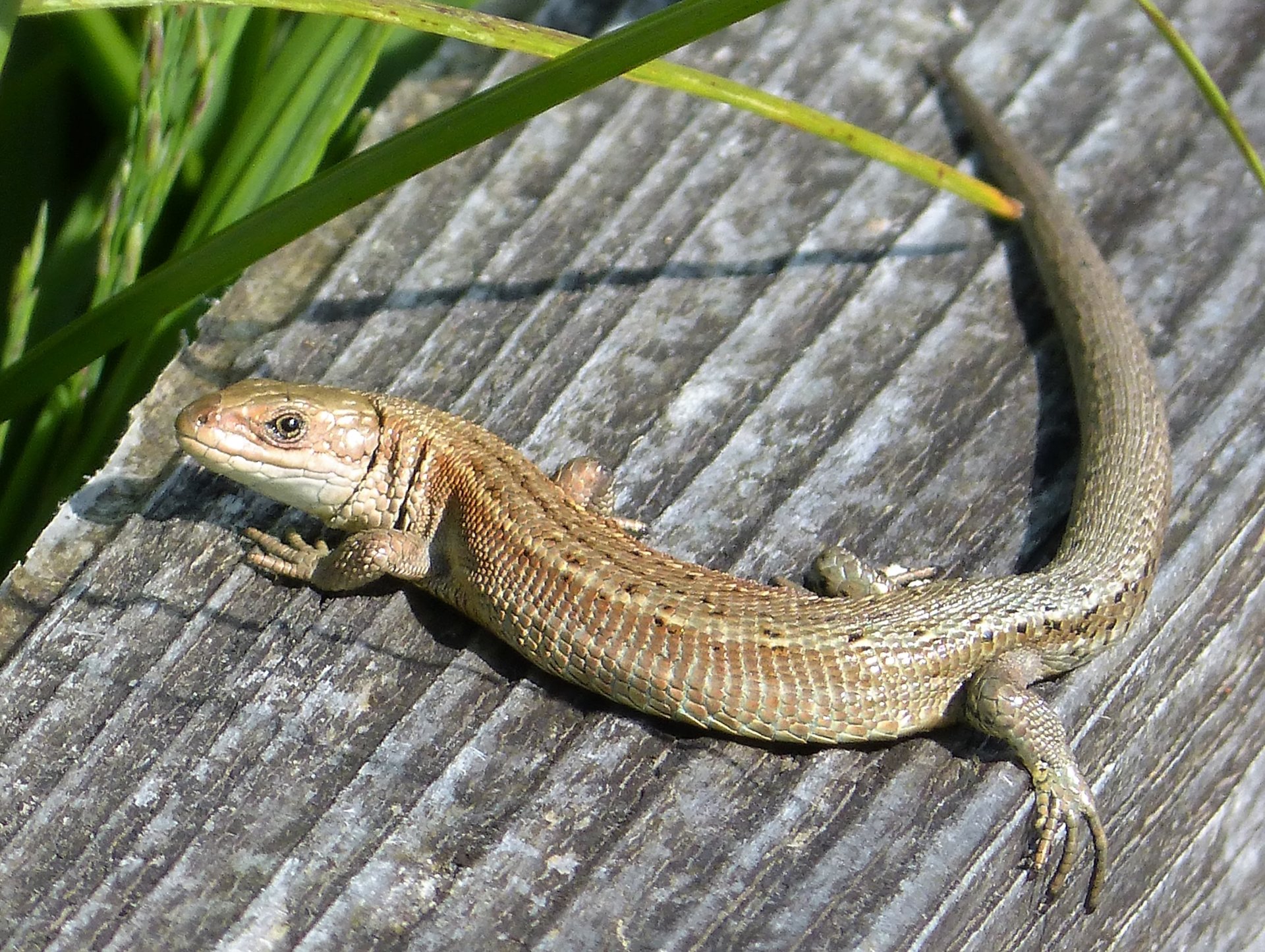 Your most likely find will be the common lizard, a brownish grey creature with dark markings. This is the most common reptile in the UK, and they tend to make places like moorland and heathland their homes. The Lancashire Wildlife Trust suggests visits to Little Woolden Moss and Haskayne Cutting, amongst a couple of their other reserves, to spot the common lizard.

Our most unusual lizard is the slow worm, which takes its name from the shape of its body – you’d be easily mistaken for thinking this is a snake, due to the fact it’s a legless species! It is definitely a lizard though, and a fascinating one at that, thanks to the fact it can shed its tail when in a threatening situation. Heathland and grassland locations are where you’ll be most likely to see slow worms, with the Lancashire Wildlife Trust listing Warton Crag as one of their best locations for this. 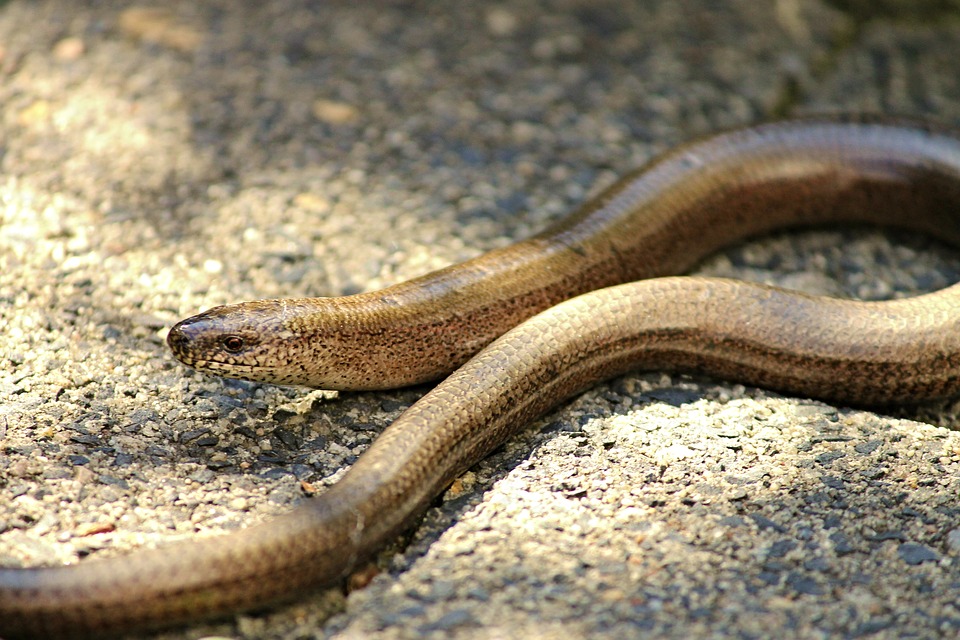 If you’re looking to be really ambitious with your wildlife spotting, you could try to find a sand lizard, a species that has sadly become one of the country’s rarest reptiles, due to the loss of many of their sandy heath and dune habitats. While there are reintroduction programmes to help their populations thrive again, they’re still a difficult creature to spot – your best bet is open, bare patches of sand, particularly in areas with dunes.

There are two species of snake that are native to the UK, both of which can be spotted in the natural spaces of the North West.

The grass snake is a long, springy snake that is often found in water, and as such is common in places such as wetland habitats. Grass snakes are nothing to be worried about – they’re completely harmless to humans, and you’ll most likely find them around spring time, hunting in ponds. 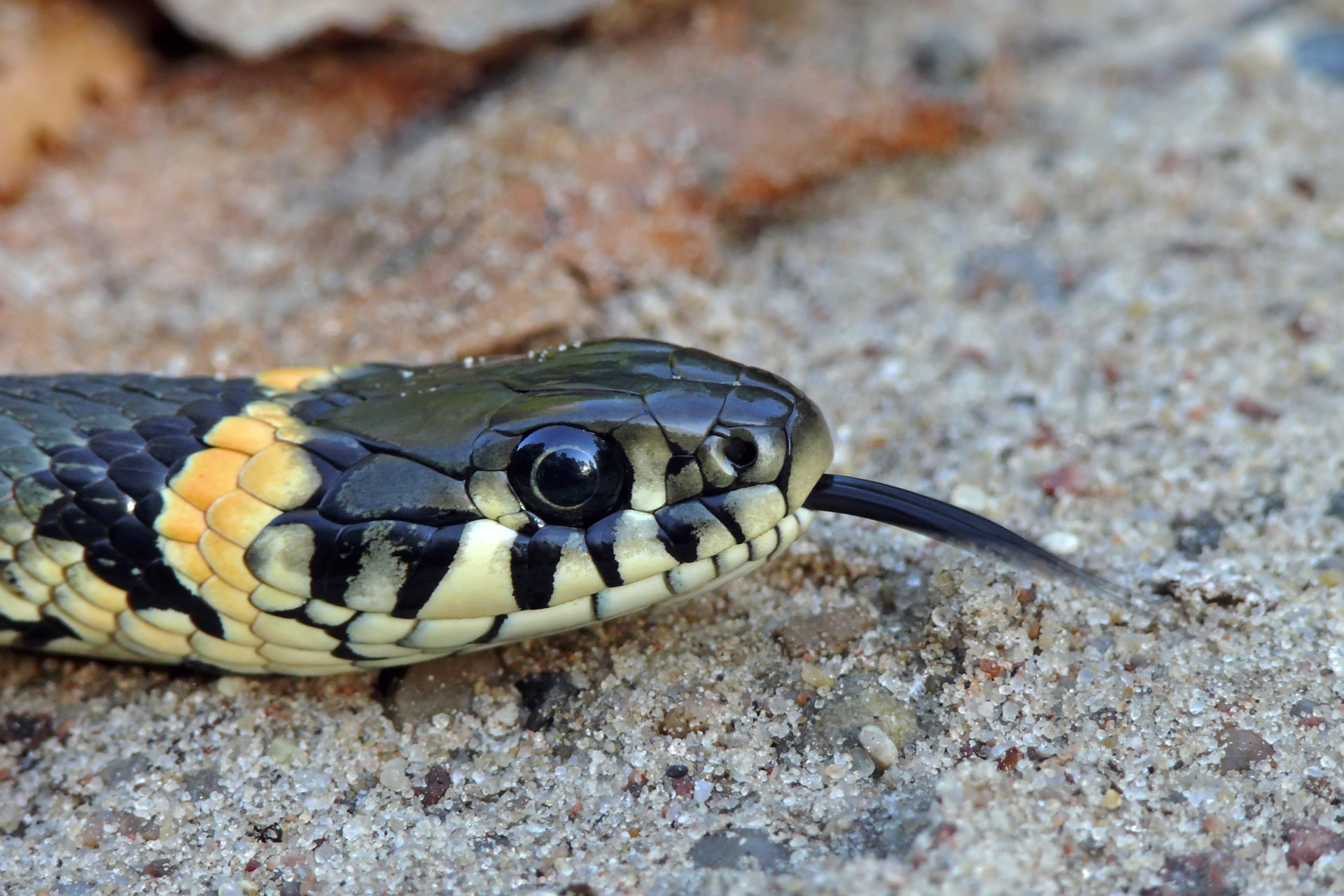 The Adder is the other UK species of snake, and with its venomous bite and sinister red eyes, it’s easy to understand why you might find them off-putting, to say the least. However, as with the grass snake, these are nothing to be afraid of. The bite is only ever used as a very last resort, and even then, the venom is only really dangerous for the very vulnerable – typically, when disturbed, these snakes prefer to hide away rather than attack. You’re most likely to find adders in moorland and heathland habitats, such as Warton Crag.